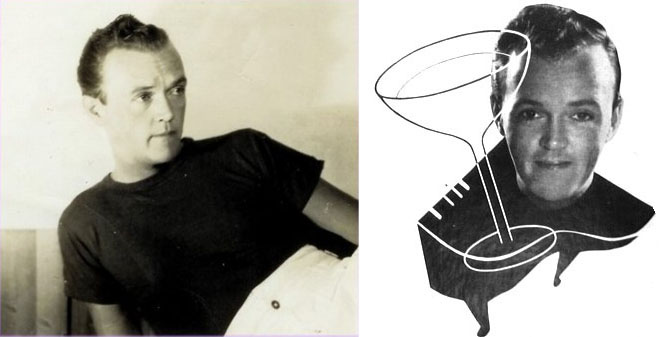 Not all the artists in the Pansy Craze performed in drag. Bruz Fletcher, who was from a prominent Indiana family that was said to have been the model for Booth Tarkington’s novel, The Magnificent Ambersons, played piano and sang original compositions, interspersed with biting commentary laced with double entendres and coded references to gay life — later this style would be called “camp.”

In 1935, he performed a Cafe LaMaze, at 9309 Sunset at North Wetherly Drive (later the site both of Sherry’s Nightclub and the rock club Gazzarri’s). Later that year he moved down the street at Club Bali, where he performed until 1940, one of the longest gigs by a performer on the Strip in those days. Hedda Hopper frequently mentioned his show in her column and cited the famous faces in the crowd. Semi-regulars at the show included celebrities from the neighborhood like Humphrey Bogart and Mayo Methot and Ronald Reagan and Jane Wyman.